Content providers are starting to shift their focus from cable subscription packages with large bundles of channels towards a new form of internet-powered television called IPTV. Is it better than cable? Can you cut your TV bill by signing up for an IPTV package instead of traditional pay TV?

The “why is iptv cheaper than cable” is a question that has been asked many times before. In this blog, I will discuss the reasons why IPTV is better than cable. 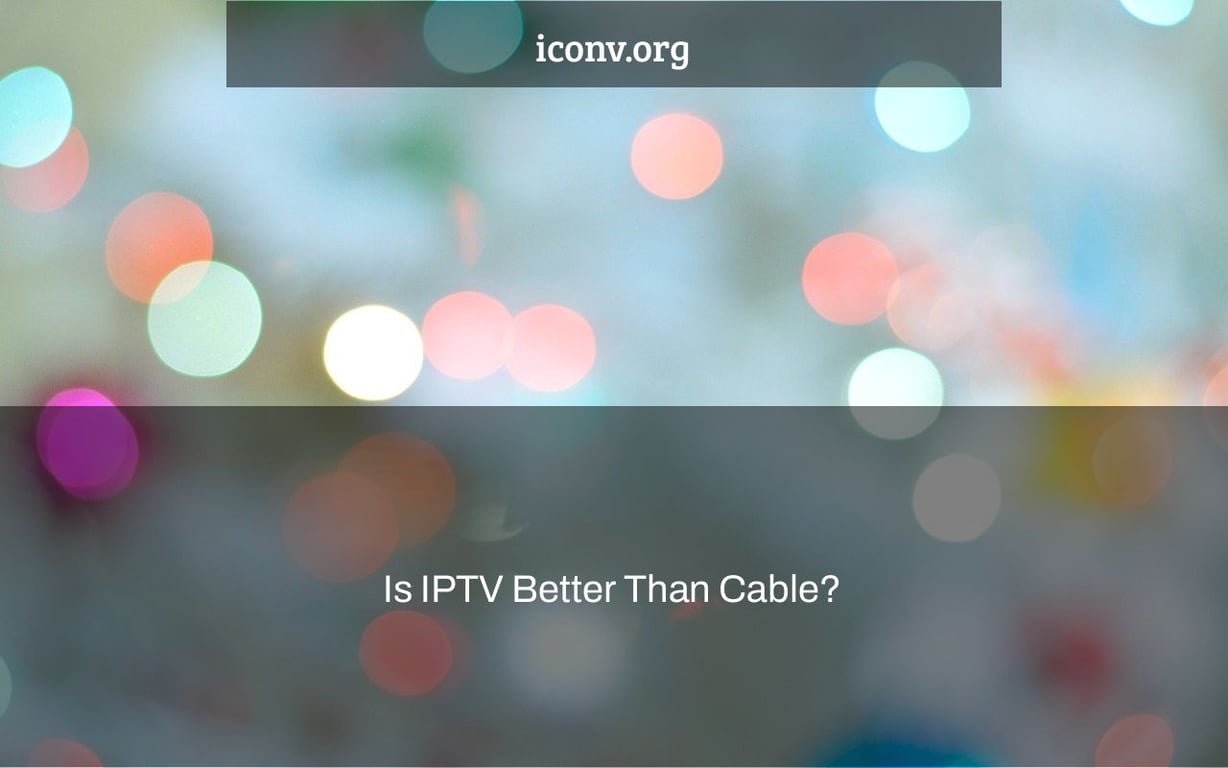 Between IPTV and Cable TV, which is the best option? It’s a hot debate right now, with one side believing that Cable TV is the greatest and the other group preferring IPTV.

We don’t want to make a decision just yet. Before that, we’ll go through the definitions of both, as well as their benefits and drawbacks.

IPTV differs significantly from cable television in terms of distribution. On Cable TV, the user has access to the whole channel lineup at all times, which requires a vast quantity of bandwidth.

IPTV, on the other hand, simply broadcasts a single channel based on the preferences of the viewer. And this is the main distinction between them.

However, if you want to learn more about these two, you should read the whole article carefully, as we have supplied a wide dissertation.

What Is IPTV and How Does It Work? 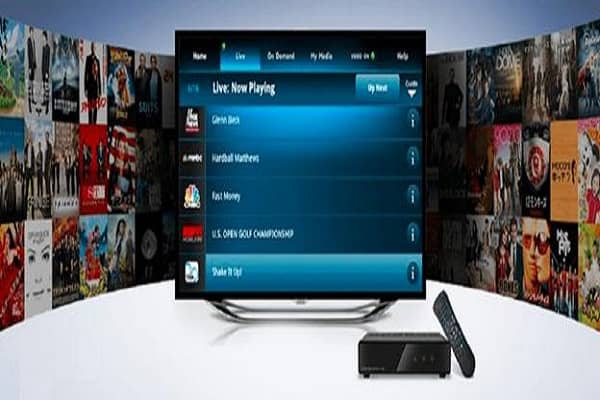 Let’s start with an IPTV definition. IPTV stands for Internet Protocol Television, which provides customers with TV shows and movies through the internet. Reddit users have suggested some of the best IPTV service providers.

It uses Internet protocol technologies to give digital television service to subscribers. IPTV is not the same as the digital video platforms used by millions of people on networks such as YouTube and Netflix.

IPTV uses an Internet protocol-based network to provide TV channels to subscribers’ set-top boxes. Furthermore, customers have the option of selecting the show they want to watch.

IPTV differs from satellite and cable networks in that it delivers content using the same client-server mechanism that provides email, websites, and other internet-based services.

It differs from cable and satellite services in that it has the capability of storing programs on servers at the transmission’s end. As a result, users may access information on the internet from a variety of devices, including Android, Smart TV, Apple TV, Mac, and others.

What Is Cable Television? 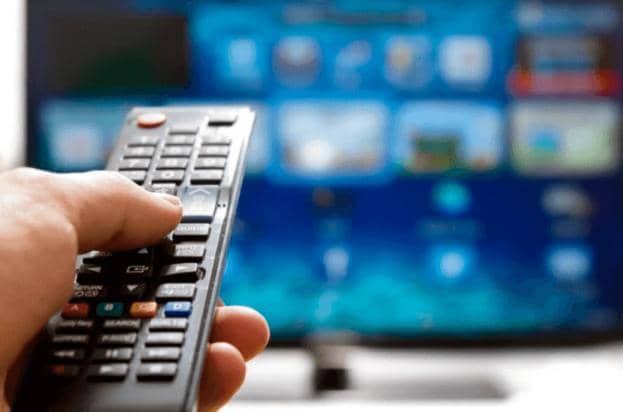 Consumers get television content through cable television using RF [Radio Frequency] signals sent via coaxial wires. Fiber-optic cables are being utilized to send light pulses to show information, thanks to advancements in technology.

Your cable plan’s various frequencies enable you to go from one channel to another without interference. Cable TV is a conventional method of watching television that need the use of experts to set up.

It provides the most dependable live broadcast stream and allows you to view channels whenever you want, with no need for a dish. That is one of the benefits of cable television.

There are several benefits of using IPTV. Some of the finest advantages have been illustrated here.

Cable television has certain advantages as well. These include the following:

IPTV does have a lot of advantages, but that doesn’t mean it’s without drawbacks. Here are some of IPTV’s drawbacks.

Cable television also has certain drawbacks, which we will discuss below.

Is IPTV a Better Alternative to Cable? [The Grand Prize Winner] 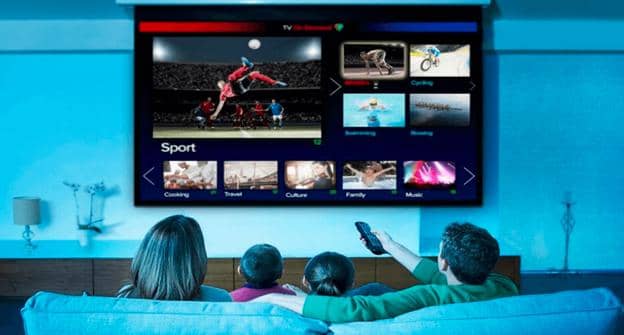 In the preceding sections, we explored the definitions, benefits, and drawbacks of IPTV and Cable TV. Let’s see who comes out on top now. Cable TV is a conventional method of watching television that does not need the use of the internet. If you want to view the live broadcast, you should choose cable television first since it will not buffer.

IPTV, on the other hand, may be utilized everywhere, but you’ll need a strong internet connection to get the finest IPTV experience possible. In addition, IPTV allows you to record programs to view later. Furthermore, setting up IPTV is straightforward; all you need to do is download software, acquire a subscription plan, and start watching.

As a result, determining who is the winner is difficult since both may be utilized for various objectives. If you have a strong internet connection, we suggest utilizing IPTV. Cable TV, on the other hand, is favoured by individuals who want to watch live programs without having to wait for them to buffer.

IPTV offers a variety of services in addition to transmitting traditional television channels.

IPTV enables you to view all live TV channels from anywhere in the globe at any time.

This IPTV feature allows you to record certain TV channels so that you may view them later.

3. TELEVISION TIMES HAVE BEEN CHANGED

Subscribers to this sort of IPTV subscription may view the live show afterwards. Users may choose to play, rewind, or take the movie at their leisure.

It’s a Pay-Per-View video service for several customers who have signed up for Near Video on Demand.

IPTV allows customers to view any video from the Video on Demand media collection, including movies, TV series, drama, sports, and more.

Hopefully, you’ve figured out which one is superior. Both Cable TV and IPTV have been defined, as well as their benefits and drawbacks. Cable TV is more costly than satellite TV, but it does not need internet, and you can watch live programs without buffering. However, the issue is that it only broadcasts low-quality programs.

IPTV, on the other hand, is the most popular way for younger generations to view various TV channels and entertainment. Overall, IPTV is superior than cable television, but it need a strong internet connection, which is IPTV’s primary drawback. You won’t be able to get the most out of IPTV if your internet connection is poor.

“DTT vs OTT” is a question that has been asked for years. The answer is that IPTV and cable are different services, but both have their pros and cons. Reference: dtt vs ott.

What is the difference between IPTV and cable?

A: Cable TV and Internet Protocol Television (IPTV) are two different ways to get your favorite shows. With cable, you use an antenna to pick up the signal from a transmitter that is based in your area. With IPTV, you connect through internet protocol hotspots across the world instead of using antennas. The type of service provided by each company can be very different as well, with some providers offering a higher number of channels while others provide more customization options for their users.

What are the advantages of IPTV?

A: It is an internet protocol television platform that allows users to watch and listen to their favorite shows on the go. IPTV offers a few advantages over traditional TV, such as better quality video, no commercials, and being able to access it anywhere you have internet.

Is it better to have cable or streaming?

A: Streaming is usually faster, and it doesnt require a cable.